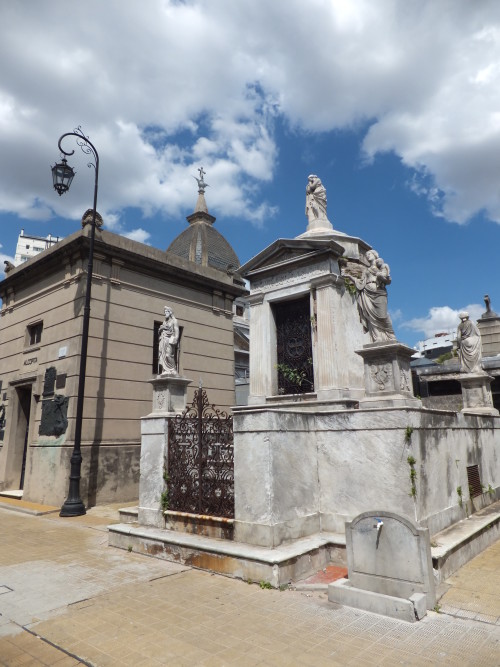 There’s a reason Buenos Aires is often called ‘the Paris of South America’: like the French capital, it boasts wide boulevards, hausmannian architecture, bright buildings and green spaces, and… one of its key attractions is a cemetery.

The Cementerio de la Recoleta was my first destination when I started visiting BA last Saturday. I wanted to take advantage of the market that takes place outside the cemetery at the weekend, but frustratingly, I realized as soon as I got there that my camera was completely out of battery and I wouldn’t be able to take any photo!

So I had a first wander around the Cementerio that day and headed back there with a fully charged camera on Tuesday, this time as part of a guided tour organised by my hostel.

When we worry about running out of burial space, the rich and illustrious citizens of Buenos Aires don’t share the same scruples: the Recoleta cemetery is not so much a graveyard as a miniature city, in which noble Porteno families honour their dead with full-scale mausoleums, some of which look more like small houses or churches than gravestones. 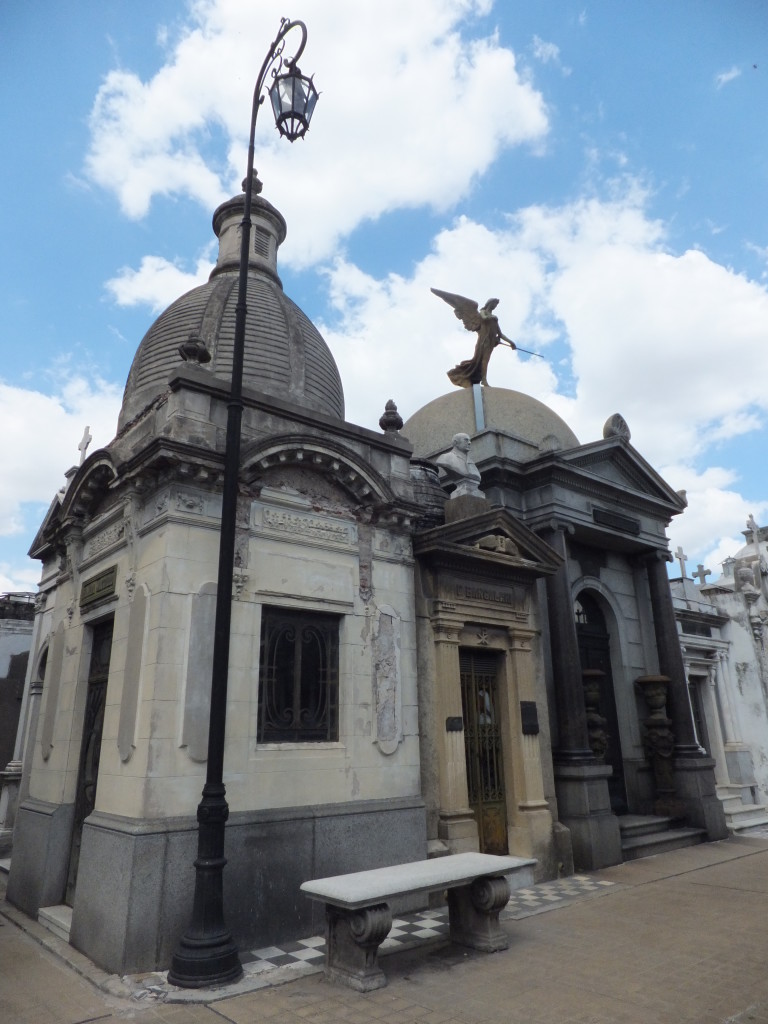 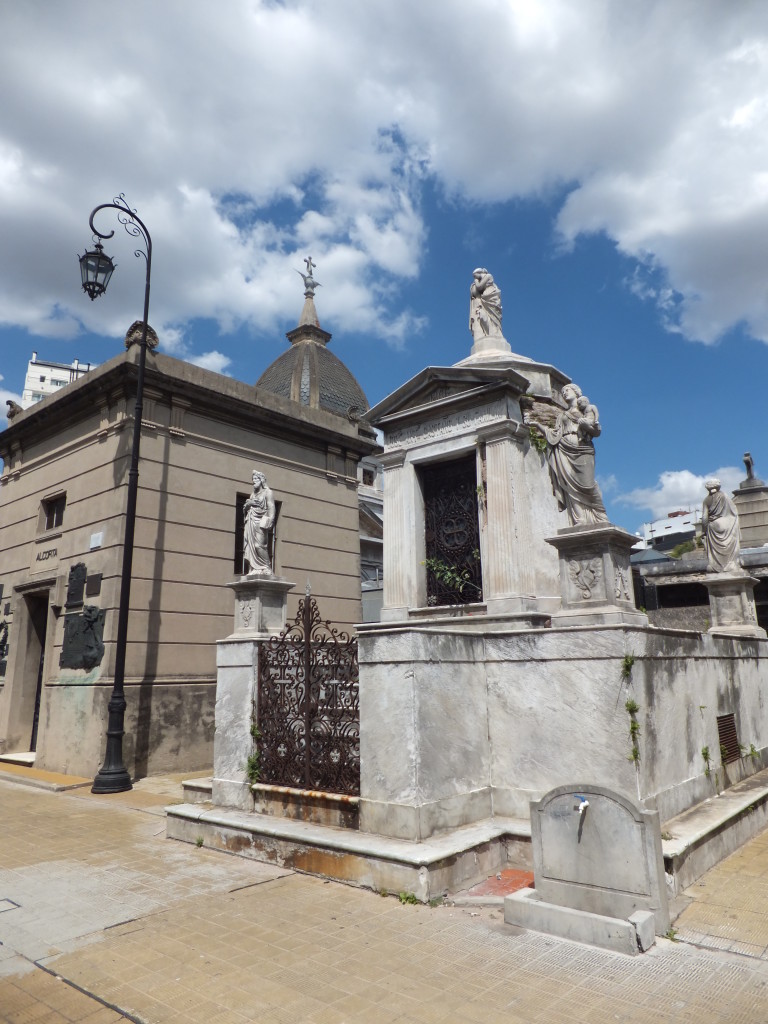 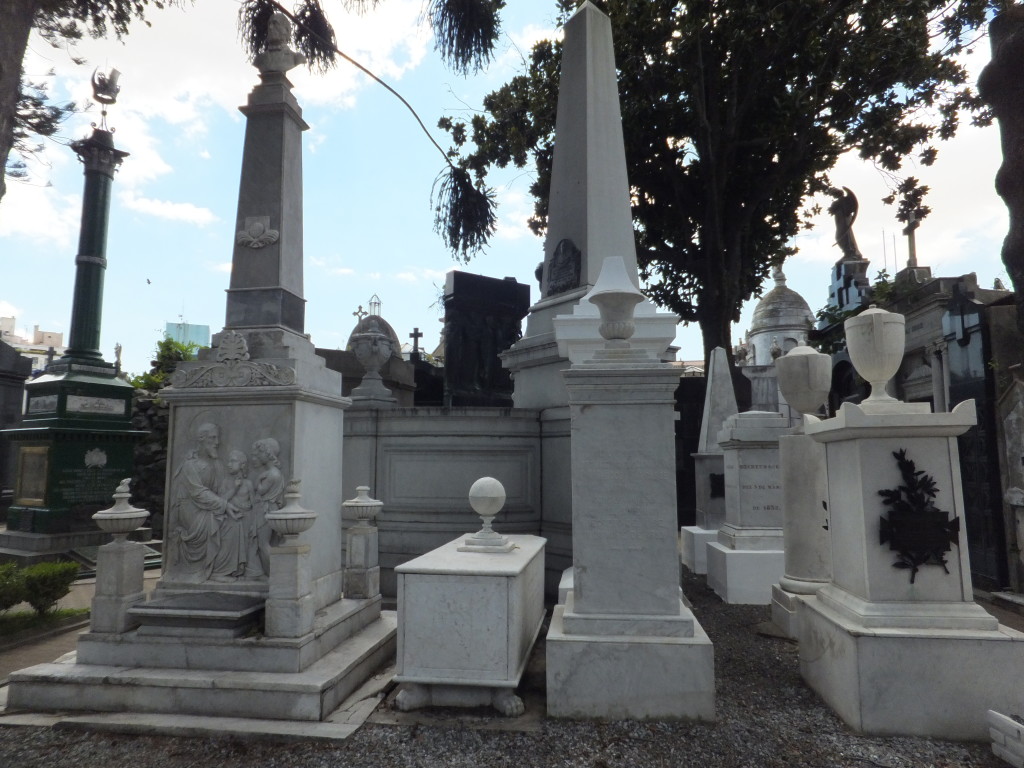 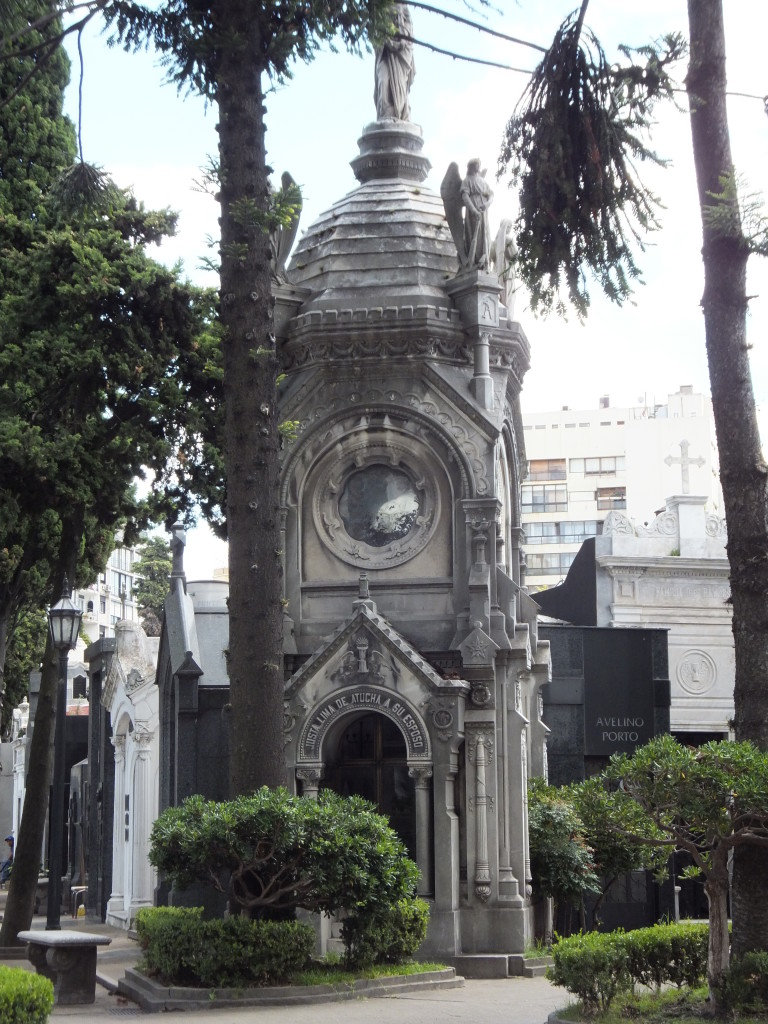 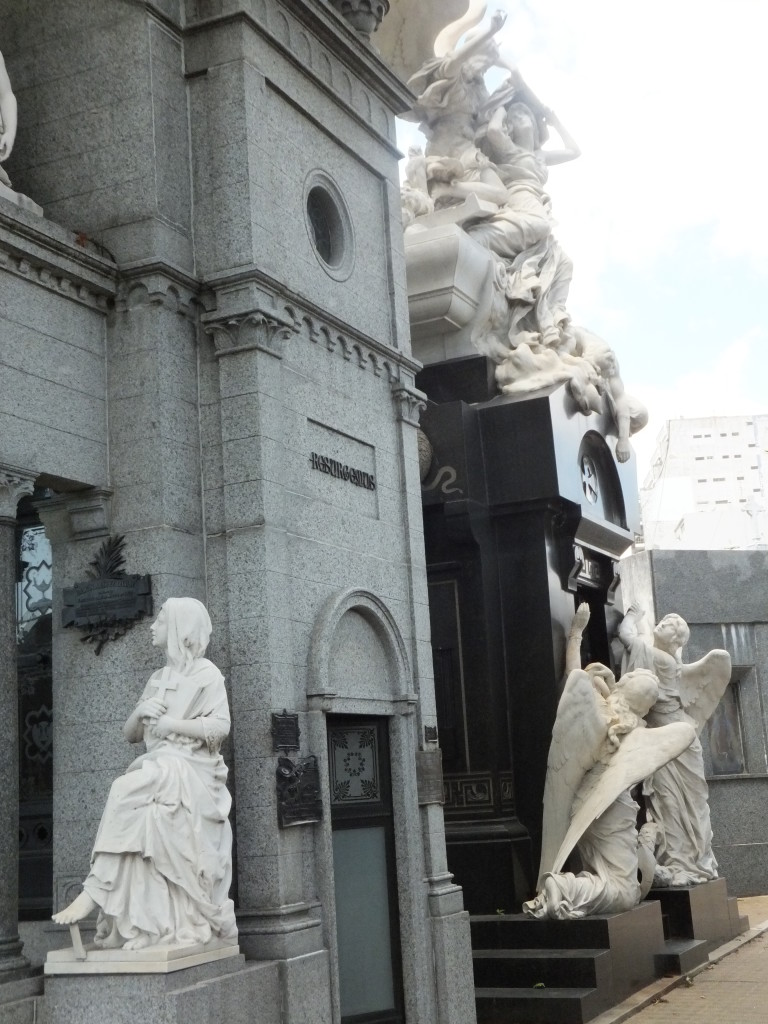 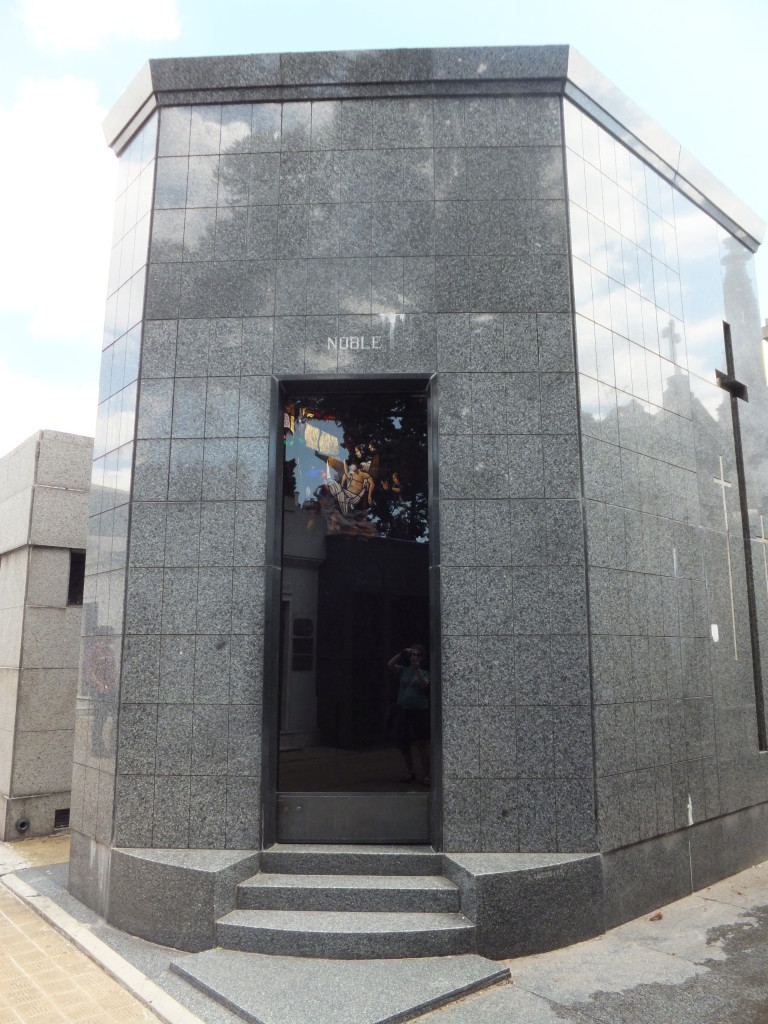 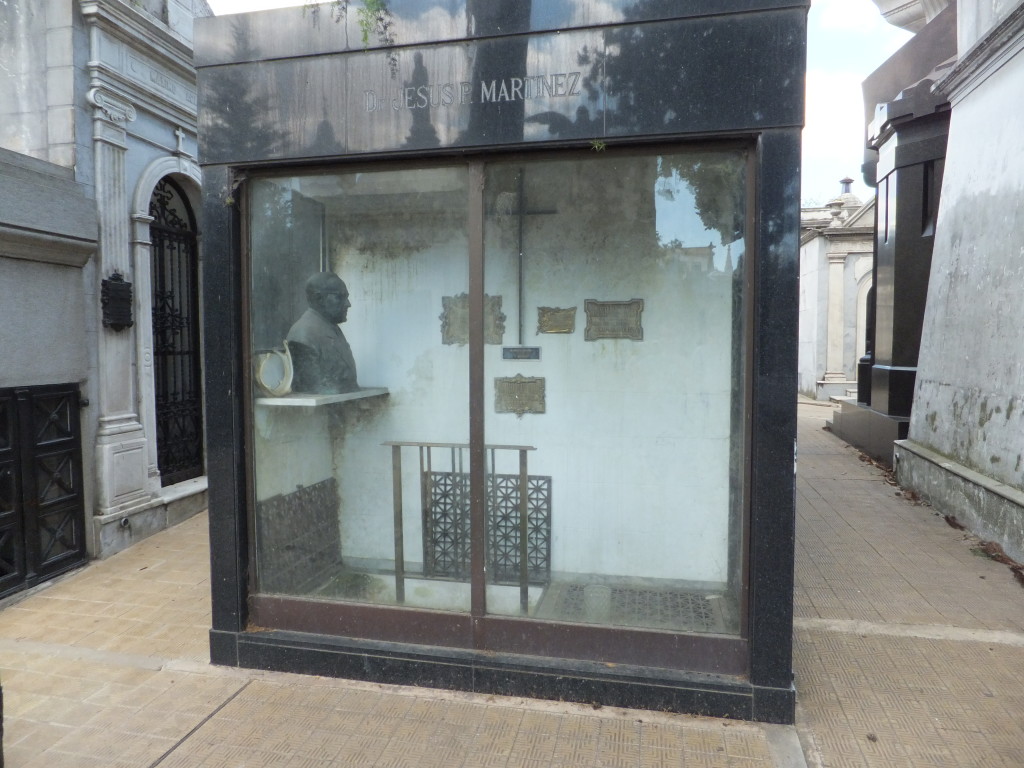 Among the key historical figures buried in La Recoleta, the most sought-after is, of course, Argentina’s sweetheart Evita – not Madonna, but ex-President Juan Peron’s wife, who was a challenger for the working classes and introduced several important social reforms, including women’s suffrage in 1947.

The Perons had their opponents too and not everyone remembers them fondly, but because she came from a humble background, because she was rather attractive, and because she died prematurely from cancer (at 33), the affectionately-nicknamed Evita became an icon – basically, she’s kind of the Lady Di of Argentina.

Thanks to our guide Santiago, I learnt the grim story of what happened to her body after her death. Her corpse was embalmed and was then stolen by the military (who couldn’t stand her popularity), to be hidden in various European cities including Milan. There are also rumours that it was repeatedly raped… Erm, lovely!

Anyway, the body is now safely buried (extra-deep!) in the Cementerio and is the focal point of everyone’s visit – so I gave in to my touristy side and posed next to the Duarte (Eva Peron’s maiden name) mausoleum:

The cemetery isn’t the only thing to see in Recoleta. Aside from the very pleasant weekend market, the upper-class neighbourhood is littered with greenery and features one of the city’s prettiest churches, the whitewashed Nuestra Senora del Pilar, right by the Cementerio. 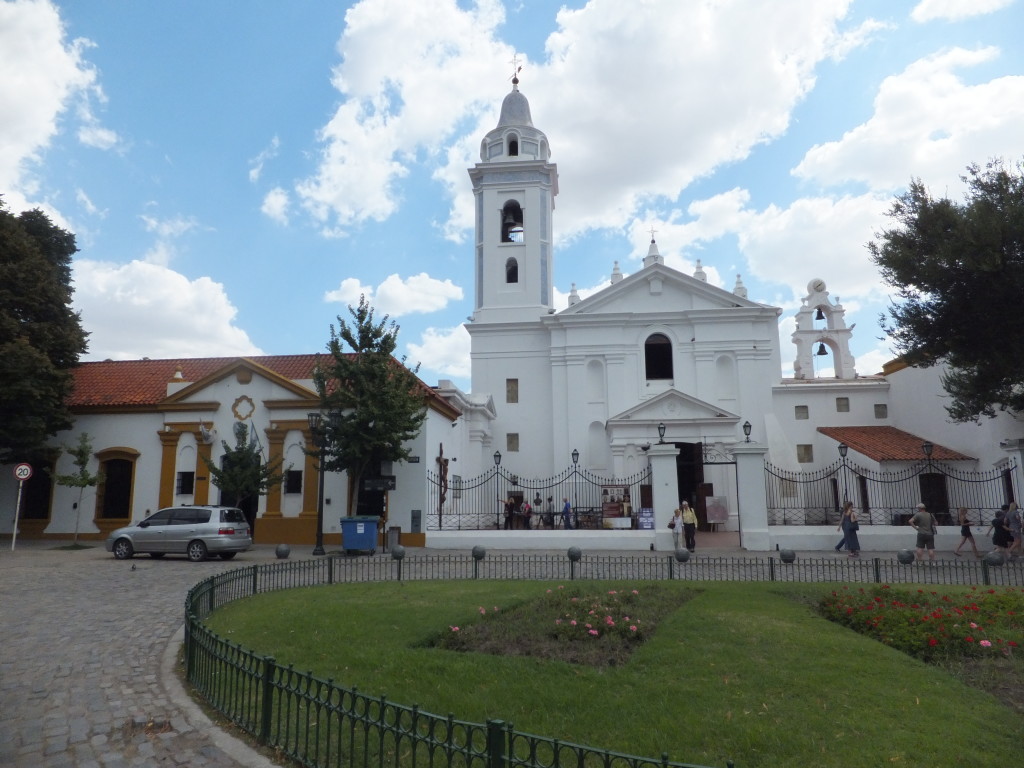 A short walk from there, I also went to admire the strange Floralis Generalis sculpture on Plaza de las Naciones Unidas. The massive steel and aluminium flower is a gift to the city by the Argentine architect Eduardo Catalano – it used to close up at night and open again every morning, but sadly the mechanism is now broken, taking away somewhat from the sculpture’s symbolism! 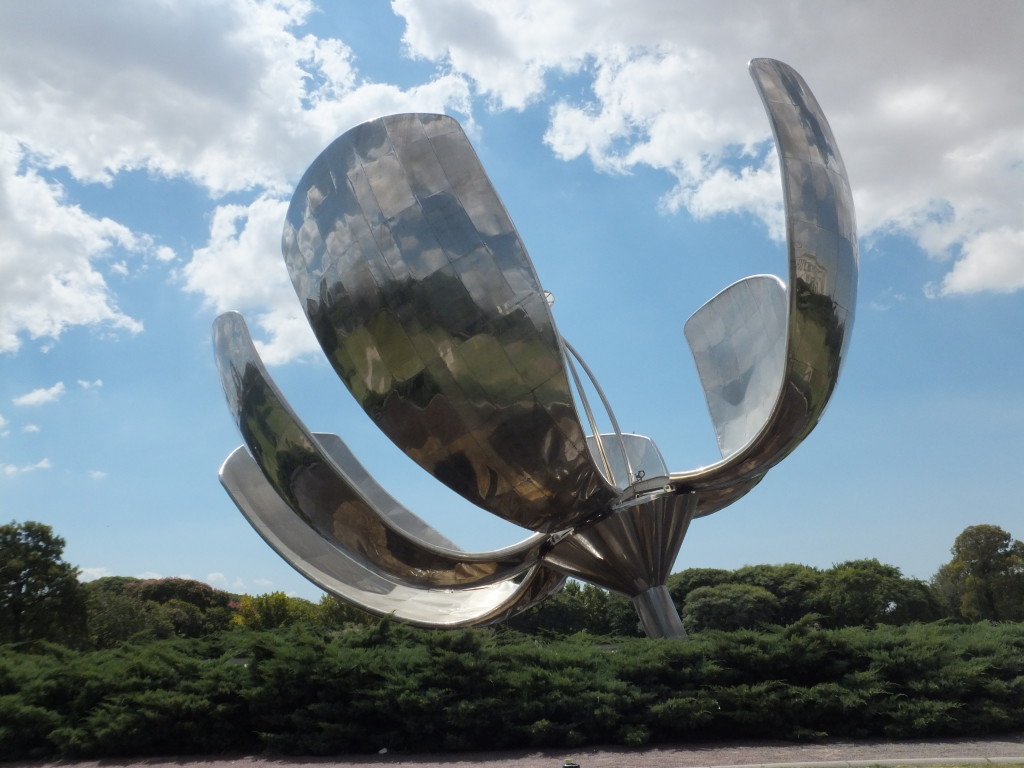 We ended our visit with a walk along super-posh Avenida Alvear, with its private villas and palaces, and a short tour of the Retiro area.