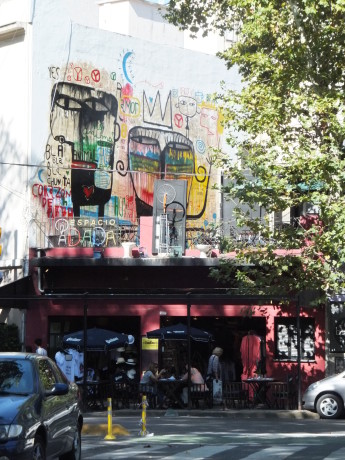 Hello from my new abode in Palermo! I am no longer a resident of the America del Sur hostel in San Telmo, but have moved to the other side of town and am now renting a sofa-bed in a small flat in Palermo Soho – sharing with the owner, a 39-year-old Argentinian lady, and her cat Ramon.

It’s not that the hostel wasn’t good. In fact, with its many facilities and activities it was pretty great (it’s been consistently voted one of the best hostels in South America for some years now) and I highly recommend it if you’re looking for a clean, friendly, sociable place to stay in central BA. But after ten days there, something convinced me to pack up my things and move to a different neighbourhood.

Palermo is the leafy middle-class area of the city to the east of BA’s main artery, the Avenida 9 de Julio. If my friends and I lived in Buenos Aires, I know that this is where we would hang out. Palermo is greener, safer, trendier and to some extent more international than the centre. It’s home to most of Buenos Aires’ best gardens and museums, relaxed bars and restaurants, and hip design and vintage shops. 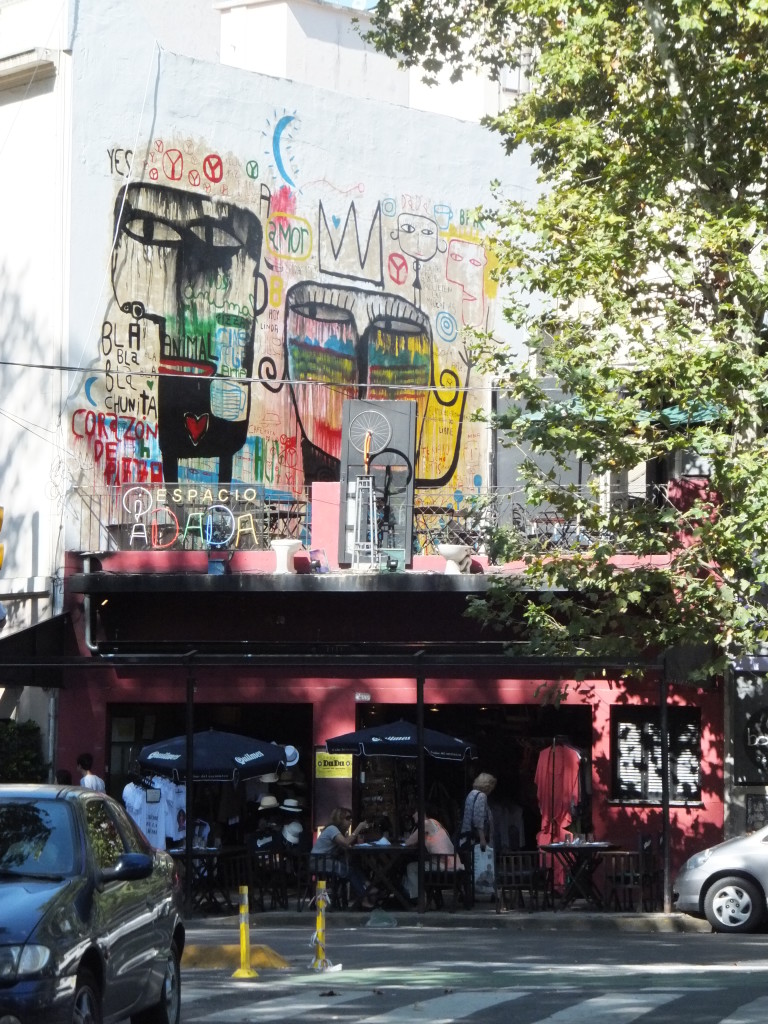 When I first visited last week though, my spirits were a bit low. I was missing certain people back home (I wish I could say ‘back homes‘, because I feel I have at least two homes, if not three, really, these days…).

Besides, I was visiting BA but didn’t feel like I was truly engaging with it: I was having a good time, but I was meeting mainly Americans, Australians, Brits and Frenchies at my hostel, which wasn’t conducive to speaking much Spanish… I kept reading and hearing all these stories from other travellers about all the unexpected encounters with locals you’re bound to make when travelling solo. Where were mine?

And then, something happened. I met Roberto.

Now, before you get too excited, it wasn´t that kind of encounter. Roberto wasn´t a potential romantic partner, but a retired economics lecturer who is now working as a private Spanish teacher and who randomly started speaking to me (asking if he could borrow a pen) as I was sitting at the terrace of a cafe on Plaza Julio Cortazar.

Upon realizing I was doing my homework for my next Spanish class, Roberto proceeded to sit down with me and give me a free language class!

An hour and a half later, I left Palermo with an enriched vocabulary and useful pieces of advice. Roberto told me that if I was serious about perfecting my Spanish, I had made three mistakes:

It was too late to do anything about the third, but the first two could be remedied easily. So when I got back to the hostel, I cancelled my last three nights there and found a cheap room to rent with a local on Airbnb – and here I am!

In addition, Roberto had also exhorted me to take every opportunity to speak Spanish, and I’ve since been much more proactive in provoking, and taking advantage of, these opportunities! I went along on Saturday night to a language exchange event, Mundo Lingo, where I got to practise my Spanish and met locals and expats who passed on lots of insider info and tips.

Have you had an interesting chance encounter on your travels? Any experience using Airbnb? Let me know in the comments below!