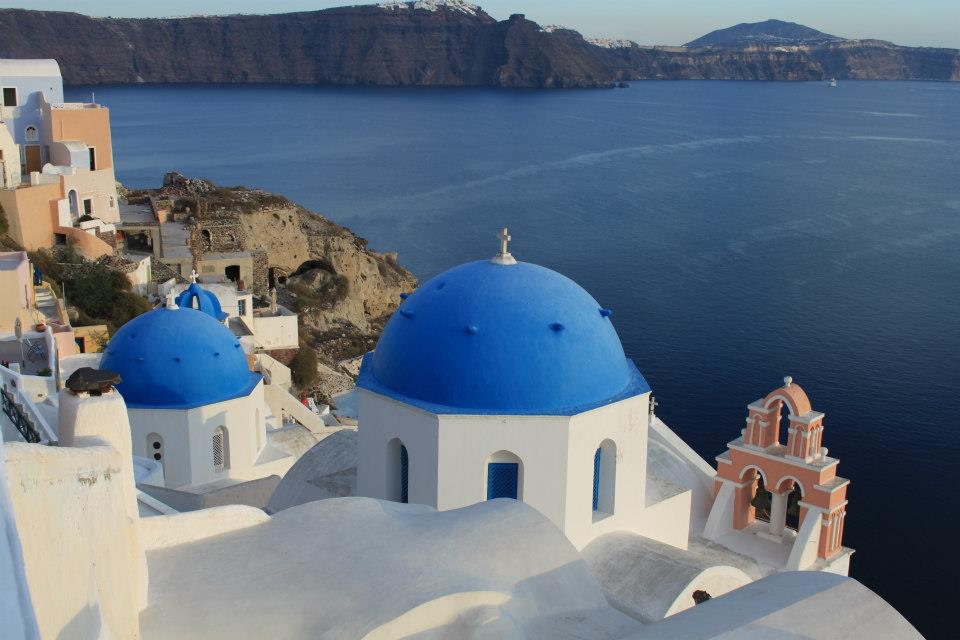 I’ve decided to take a break from chronicling my trip preparations to tell you about a little gem I recently discovered in Ia (or Oia), one of the townlets on the island of Santorini, Greece.

The southernmost member of the Cyclades group of islands, Santorini is rightly famous for its volcanic cliffs and views of its sea-filled caldera, its beach resorts, spectacular sunsets, and its locally-produced white wines (well, a little less rightly so with regards to the last one perhaps..!).

One thing I certainly did NOT expect to find there however, was one of the coolest bookshops I’ve ever been to. Which, if you’re a literary geek like me, is VERY exciting!

Hidden down a flight of stairs on the lower floor of a traditional cave, Atlantis Books is a real treasure den for bookworms of all countries, crammed full of books in nearly every European language. The shop specialises in philosophy, travel writing, and literary fiction, and the story of its creation is almost as entertaining as the ones it sells.

This literary h(e)aven is the charming brainchild of friends Oliver and Craig who, at a time when bookstores were beginning to disappear from the high street, one drunken evening dreamt up an idyllic little bookshop to be opened up on the island on which they were vacationing.

Whilst most of us would have shelved the idea as soon as we had recovered from our hangover, the two boys returned to the UK to complete their studies, and, having enrolled their friends from all over the world to lend their skills and enthusiasm to the project, headed back to Ia immediately after graduation, determined to make their fantasy happen.

Having populated it with heaps of books, a dog, a cat and a boat docked to the terrace, in the spring of 2004, the ever-growing group of friends opened Atlantis Books below Ia’s castle, directly facing Santorini’s trademark sunsets.

One year later, they relocated to their current spot at the heart of the village, where the team has since continued to sell international literature in the original – including old books and collector’s editions – and to organise numerous events, from author readings to film screenings and bonfire parties.

More recently, the young entrepreneurs also set up their own publishing venture, Paravion Press, which prints postcard-sized limited editions of world classics, to be mailed on to loved ones after reading. With an eclectic catalogue currently featuring short works by James Joyce, Walt Whitman, or Rudyard Kipling, each booklet comes with its own envelope, perpetuating the ideals of travel and exchange on which the shop was built.

But what makes this unique bookshop even more special is the way it is run: intended not only as a store but also as a base for the owners’ visiting friends and as a writing studio, Atlantic Books relies on volunteers to keep trading and houses its transient staff… inside the shop itself! Rows of wooden bookshelves compete for space with bunk beds, a concept inspired by the Shakespeare and Company bookshop in Paris.

Like its Paris older sister, Atlantis Books is occasionally looking for temporary staff to help out for a minimum of three months, so if you fancy a long holiday on picturesque Santorini or some time off to write that novel you’ve been planning for ages, this might just be the retreat you need!

Did you spot Atlantis Books on Santorini? Have you come across a great bookshop on your travels? I’d love to hear about it – let me know in the comments below! 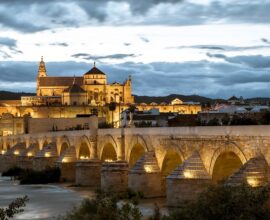