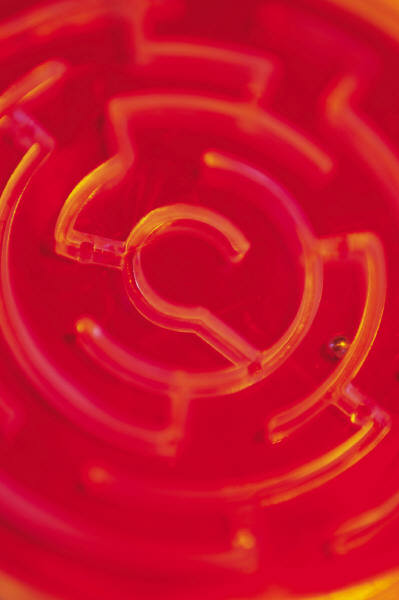 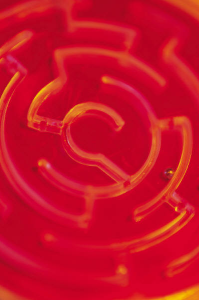 A few weeks ago, I decided the time had come to take the dreaded step. No more wavering and putting it off and chickening out: I was ready to book my round-the-world flights. I had resigned from my job and there was no going back: I now could – indeed needed to – COMMIT to my plans.

Having finally settled on an itinerary, a round-the-world ticket and a booking method after months of research, I thought I had done the hardest part. Surely, actually buying the flights would only be a formality?

Not so, my friends! This was only the beginning of a long, absurd struggle…

For reasons which I have explained here, I have chosen to travel on a Oneworld Explorer ticket. Conveniently, the alliance provides an online tool allowing you to plan and book your itinerary directly from their website. As I started toying with the planner, I was happy to realise that – belying all the complaints I had been reading – I was able to design an itinerary that complied with the many routing rules and restrictions and was, ergo, fully validated and bookable. JOY!

Thinking it might be more advantageous however to book directly with one of the member airlines, and might afford me more flexibility when it came to making changes on the way, I painstakingly obtained a quote for the same itinerary from British Airways and was disappointed, although not surprised, to be quoted a higher price.

That was sorted then: I was going to book online.

Well, that was without counting with a major bug in the online booking tool: when I entered my payment details, an error message popped up saying my credit card was not recognised. Okay, I thought, this must be because I have a debit rather than a credit card. No problem: I can pay with my French credit card.

Although… I don’t have enough funds on that account! And I can’t make any transactions outside of France! Mmmmm, unless I ask my parents to kindly lend me the money and transfer it to my account…

So, having waited for the money to be credited, I tried again to complete my booking online a few days later: nope. French card not recognised either. I was going to have to use one of my parents’ cards.

So I proceeded with attempt number 3. And, guess what? This didn’t work either.

A little desperate and more than a little annoyed at this point, I started ringing the various airlines. The downside to the Oneworld alliance, of course, is that it doesn’t exist as a physical entity, so you can’t call or email Oneworld itself. (There is an online form you can fill out if you have a query but, judging from the fact that I only received a response about 3 weeks later, and only to urge me to contact a different department, it isn’t exactly  the most reliable or efficient of services…).

The other downside is that the online tool doesn’t tell you which airline your itinerary will be ticketed by. There are basic guidelines however, so I tried to work it out myself: my first flight was with Iberia. This was a good place to start, I thought. Only, when I called Iberia, I was informed that ‘You must book online, Senora. We do not take bookings over the phone.’

Alright, then. Next stop, British Airways.

My call was answered by a young man, who, after painstakingly taking down details of my itinerary – and conceding, as I corrected him when he decreed that part of my routing was not compliant with the OneWorld rules, that I probably knew better than him anyway -, announced that, because I was flying out of Paris, my ticket could not be booked through BA’s UK branch but would need to be issued by the airline’s French office, which I needed to contact directly.

Highly skeptical, I thanked him, hung up, dialled BA’s UK number again and went through the same process with a different sales agent…to the same effect. So, what did I do? Well, stubbornly, I tried again!

It was third time lucky as a helpful lady eventually promised to send my itinerary to the fares department to be priced. This, she said, would take a couple of days: I should call back in 48 hours to complete my booking.

A little worried by then that I would ring two days later only to find out that my ticket had not been priced, and to be once again redirected to the Paris office, I decided it might not hurt to take some liberties: I therefore picked up the phone again and, cheating on BA rather shamelessly, set out to dial American Airlines’ number.

There again, communication was arduous and it took a few attempts to put my query across… but I got there in the end and, an hour or so later, was, finally, victoriously, waiting for two separate quotes from the two airlines.

This was in the bag!

When I called American Airlines two days later (in the middle of the night to coincide with the US headquarters’ opening times, as per instructions), the quote was not ready: it would take another day or two, or perhaps three: no one knew exactly…

Meanwhile, back at BA, I was told that there was no reservation under my name. They could see a number of booking entries in the system, however none of them were with BA: one was through American Airlines (oops – I  hadn’t expected them to find out about my infidelity!), one through a travel agent (?!?) and – most mysteriously and ironically – no fewer than FOUR through Iberia.

Now, I cannot exactly recall the umpteen conversations I proceeded to have with half the British Airways staff  that afternoon, but suffice to say that the situation became more imbroglioesque with each phone call… until, resigned, I declared that I was giving up and would book through American Airlines instead.

And, guess what? Suddenly, my itinerary magically appeared in the BA systems!

It was there. It was priced. It was ready to book.

EXCEPT, that I needed to buy it from the agent who had initially requested it for me. However, she was on holiday for a few days. I would have to wait. Or perhaps they could make an exception? They could… if only their systems weren’t down at the moment, preventing them from taking payments. But there might a way, quite possibly, to take payments manually…

And so: many days, phone calls and sales employees later, beaming at me as I found my way out of this curious labyrinth, there it was, my holy grail: my 16-segment RTW ticket.

And so it seems that, as with all treasures, the OneWorld Explorer RTW ticket is indeed a pretty attractive proposition but one that requires much patience, perseverance and advance planning to obtain…

…and now begins a new quest, one that will no doubt challenge and test me anew: I must book my Argentinean internal flights with Aerolineas Argentinas!

1 thought on “Oneworld’s Curious Labyrinth: the absurd struggle to buy my round-the-world flights”