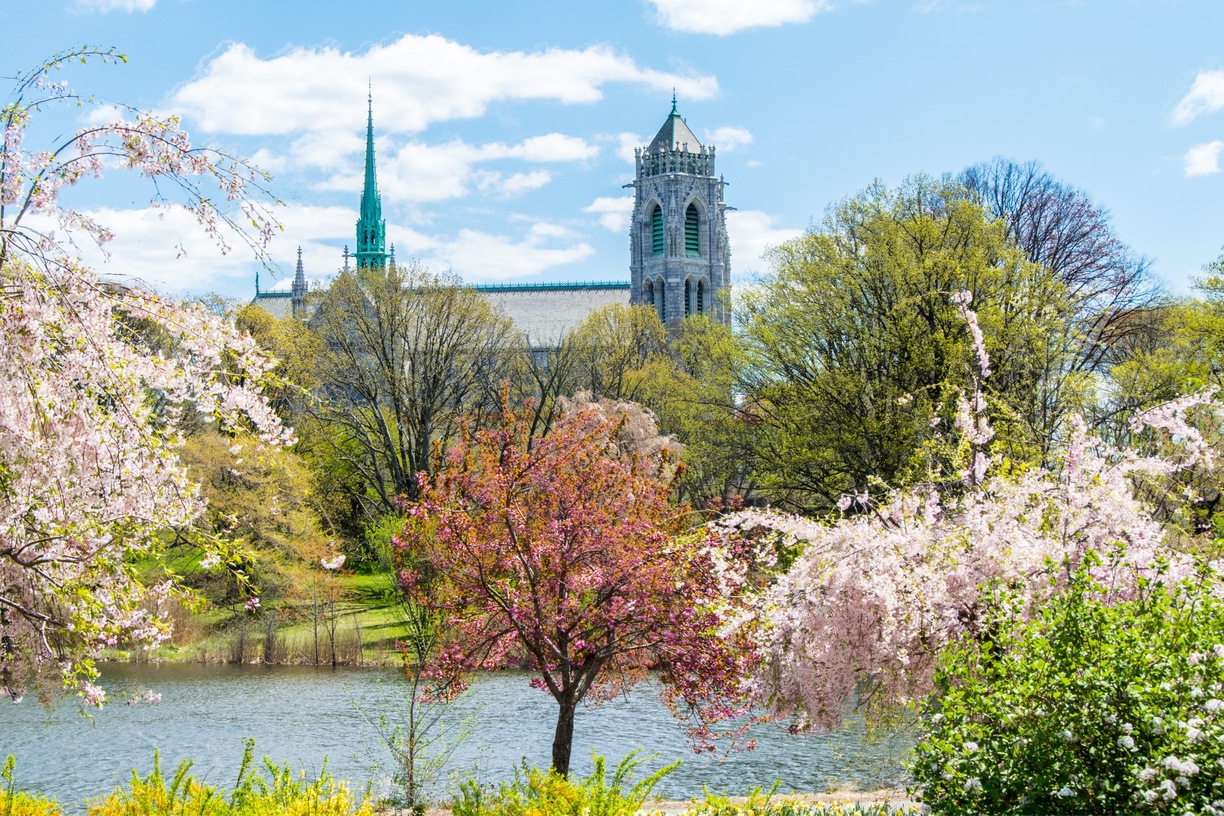 Are you planning a trip to the Northeast of the US in 2016? Home to the States’ star city, NYC, and other lively hubs, the region is doubtlessly attractive but may not seem like the easiest on your wallet. Whether you need an affordable base near the Big Apple or are looking for a fun and exciting break in a dynamic city such as Pittsburgh, Hipmunk offers many hotel options to make your stay in this part of the US a budget-friendly and convenient experience.

New York City may be one of the planet’s most iconic and visited cities, but it’s no secret that accommodation in Manhattan is among the most expensive in the world. However, don’t let this make you miss out on the NYC experience! An easy way to get around this is to stay across the Hudson River in Jersey City. The convenient hotels on the waterfront or near the PATH train station, such as the Candlewood Suites Jersey City or the Ramada Inn Jersey City, are great resting-points from where to explore key NYC sites, including the Liberty State Park, the Statue of Liberty, and the 9/11 Memorial.

How about hopping to Pittsburgh, Pennsylvania, the city that invented the Ferris wheel and internet emoticons (yes, really)?! You can find affordable hotels, often with complimentary breakfast included, in the most exciting districts of the city. Choose the south of Pittsburgh and you’ll be sleeping in a National Historic District and will be ideally placed to roam its 15 blocks of majestic Victorian architecture at will. Foodies may prefer the eastern Ship District, while those seeking art and culture will enjoy the neighboring areas of Lawrenceville and Oakland, home to the Carnegie Museum of Art (and don’t forget to follow that visit up with a trip to the Andy Warhol Museum for a bit of pop-art!). For family-friendly attractions, hit the Pittsburgh Zoo and Aquarium, the National Aviary, or the Children’s Museum of Pittsburgh and Heinz Field football stadium on the north side.

For most, Newark is merely an airport gateway to New York City. Yet the city has slowly been growing into a destination of its own. Its large cherry blossom collection, professional sports scene, and fine arts venues may detain you for a while. With its fast and excellent connections to Manhattan and Brooklyn, Newark also provides another cheap alternative to staying in the heart of the Big Apple itself. Big-name chain hotels located near the airport, such as the Hilton Newark Airport or the Howard Johnson Hotel – Newark Airport, cater for business and leisure travelers alike, offering a level of amenities and services at prices one could only dream of in NYC.

A neighbourhood in the northern part of NYC’s Queens borough, East Helmhurst is the site of another one of New York’s three airports, La Guardia. Make the most of its shuttle links to Manhattan and Brooklyn and base yourself at one of the budget-friendly hotels near the airport, such as the Clarion Hotel La Guardia Airport or the Laguardia Plaza Hotel. The attractive deals will allow you to sleep in style while saving precious dollars to spend on the city’s attractions just a 30 minutes’ drive away!

Have you visited Pittsburgh? Would you consider staying in one of the surrounding cities/neighborhoods on your next trip to New York? Let me know in the comments below!