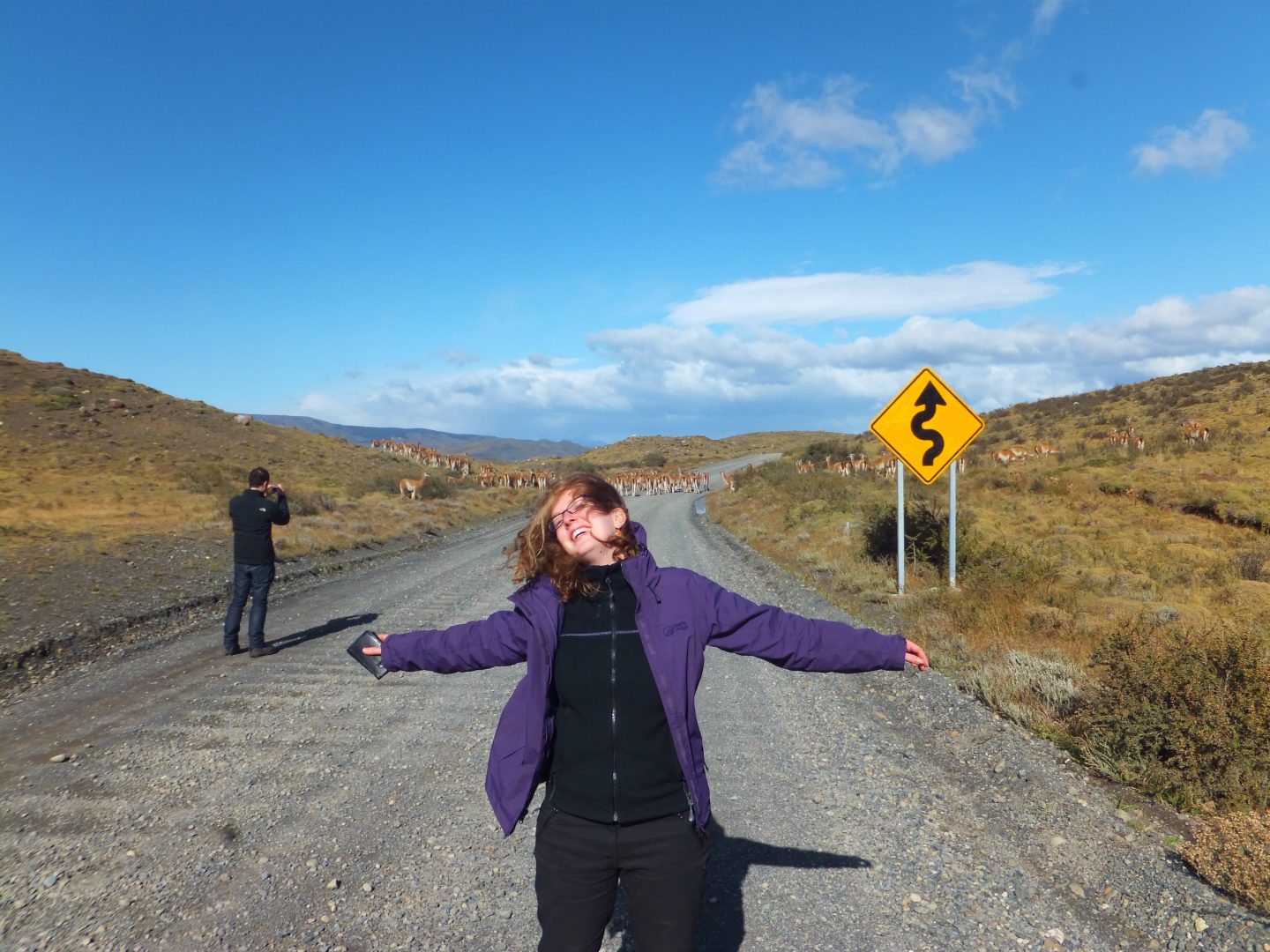 Most people choose to visit Torres del Paine by foot.  While Chile’s Southern Patagonian national park draws crowds of hiking enthusiasts keen to take on the 4-day ‘W’ trekking circuit, or, more challenging still, the 10-day ‘full circuit’, I’m ashamed to say I chose the lazy option: short on time and energy, I opted for a day-long bus tour taking in the park’s main features instead.

When I say lazy… our busy schedule for the day meant a 5am start, as the round trip from Argentina’s El Calafate was set to last some 16 hours, departing at 6am and dropping us back at our Argentinian hostel late in the evening.

A four-hour drive through the arid Patagonian landscape led us to the Rio Don Guillermo border checkpoint(s), and after a lot of form-filling and a rigorous inspection of my luggage, I made my first entrance into Chile.

From there, it was another short drive to Laguna Amarga, the park’s South-Western gateway. The road leading there was a never-ending straight line framed by prehistoric mountains and wild animals in the background… 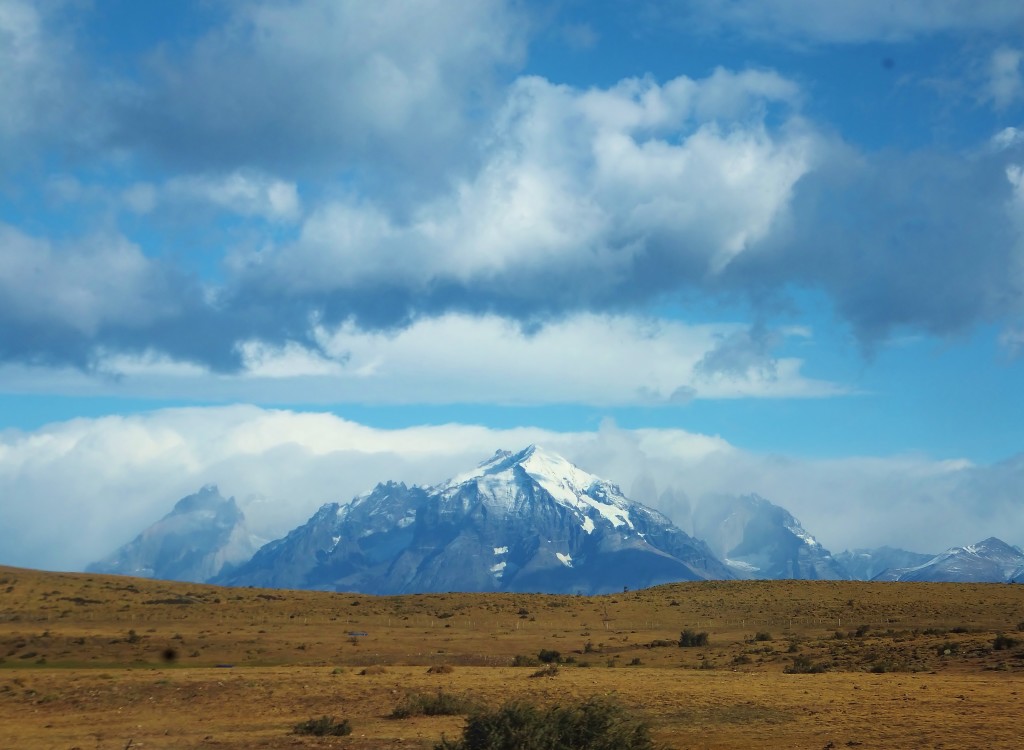 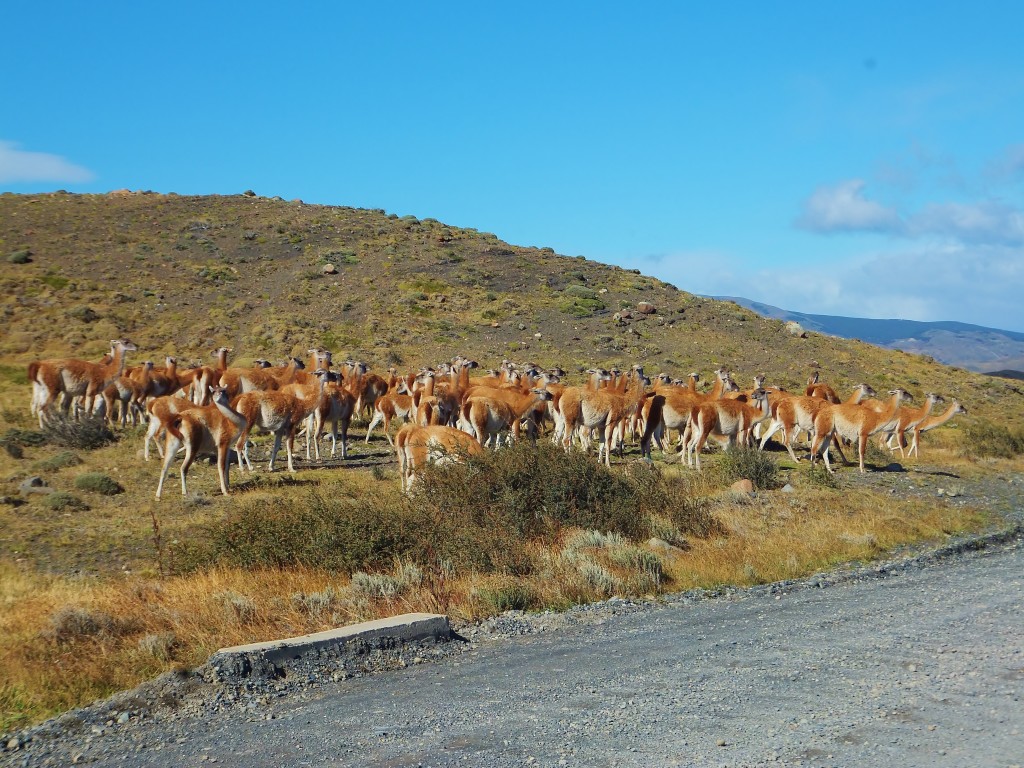 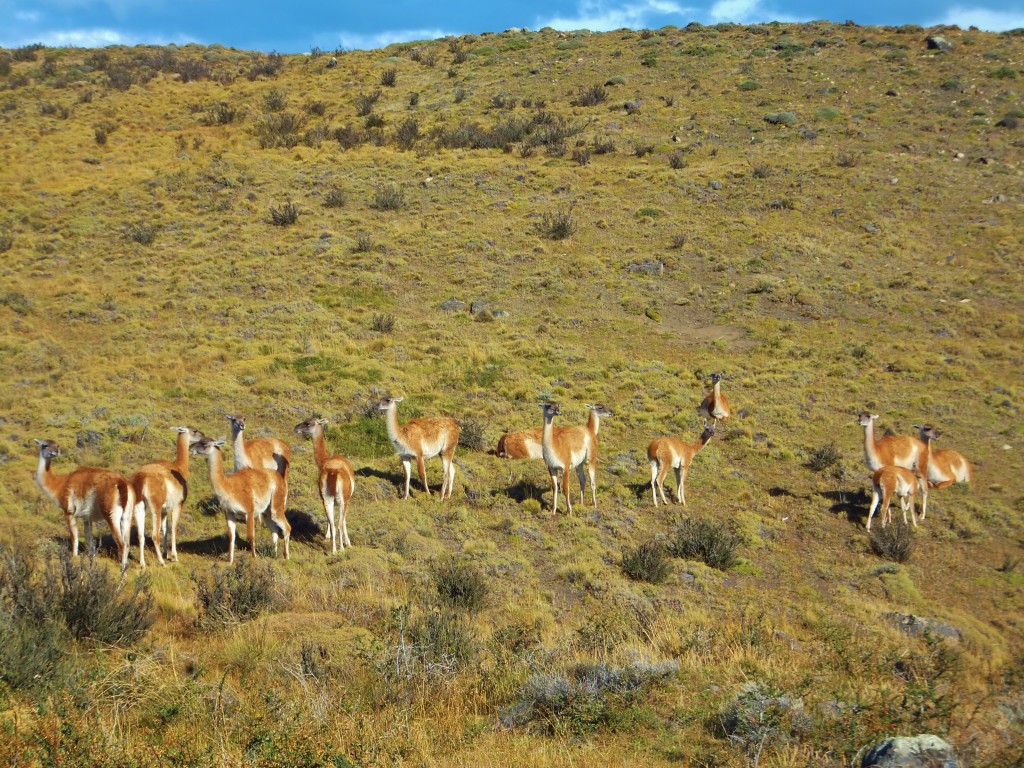 I had read that Torres del Paine had its own micro-climate, including a ferocious wind on certain days. Sure enough, as soon as we reached the outskirts of the park we were assailed by powerful wind gusts threatening to blow us away at every stop.


The mirador at Laguna Amarga offered us a stunning vantage point over the saline lake, with its particular colour caused by the high concentration in salt and sediments, and the peaks in the background. 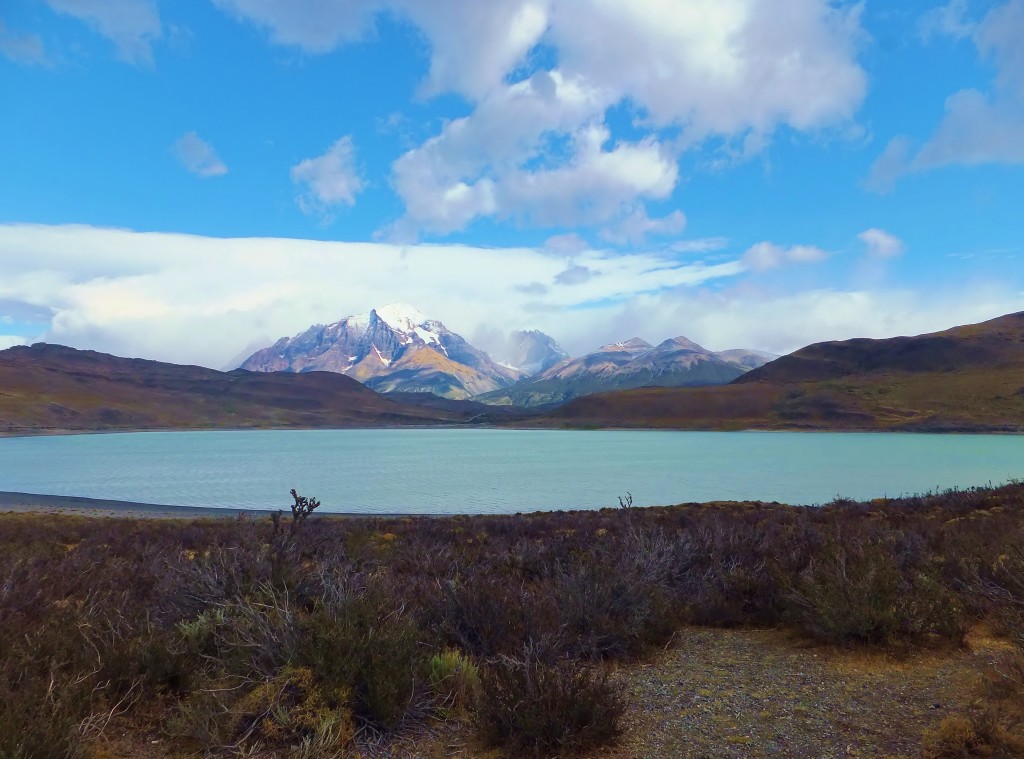 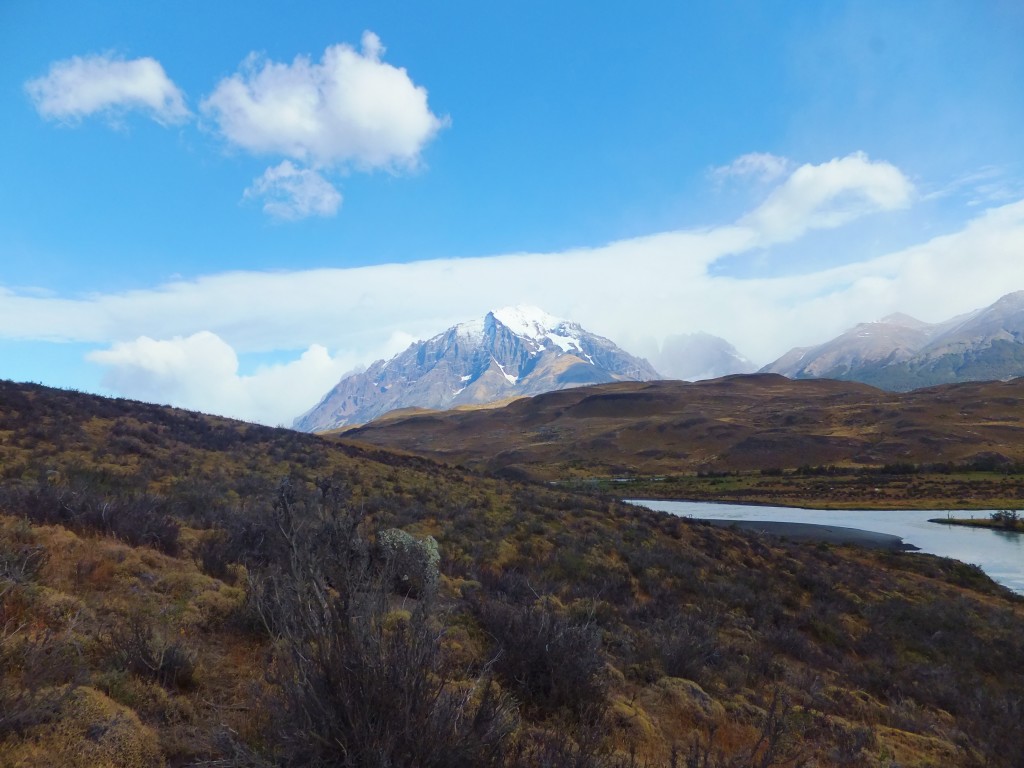 The next stops provided even more spectacular views of the park’s mountains, with each panorama outdoing the previous one. 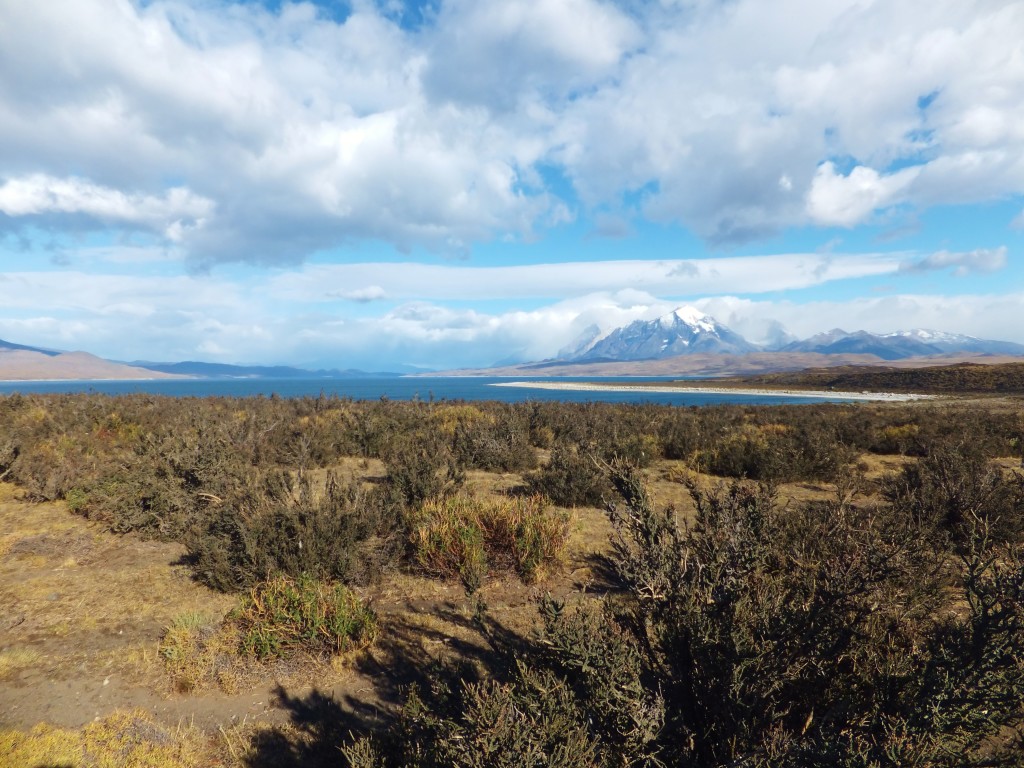 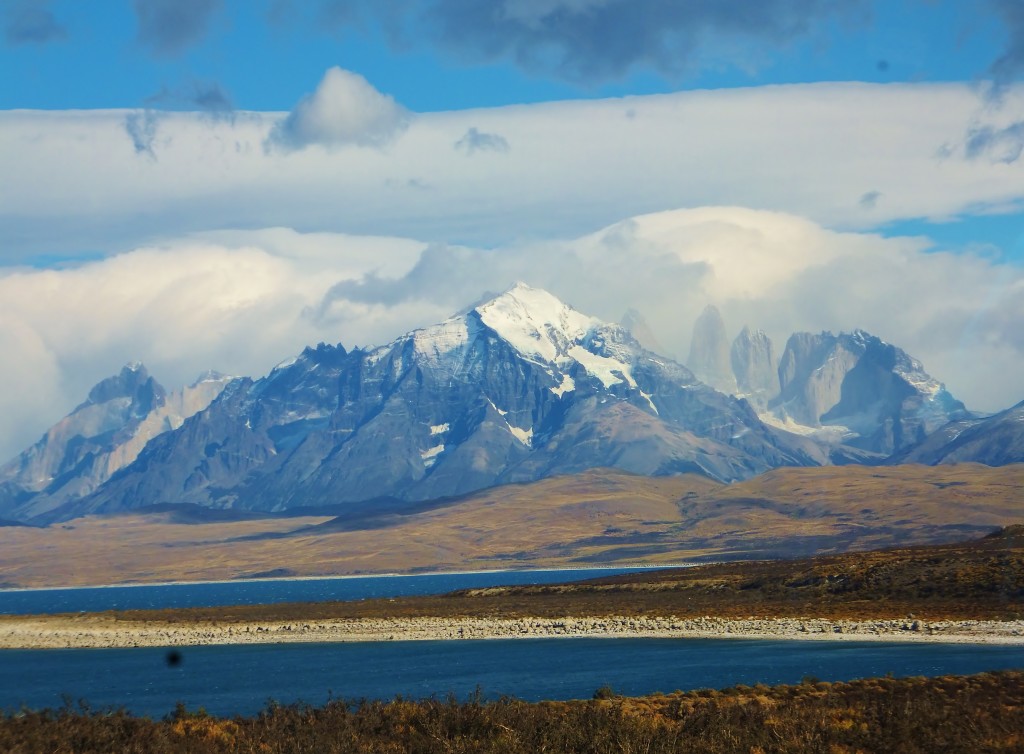 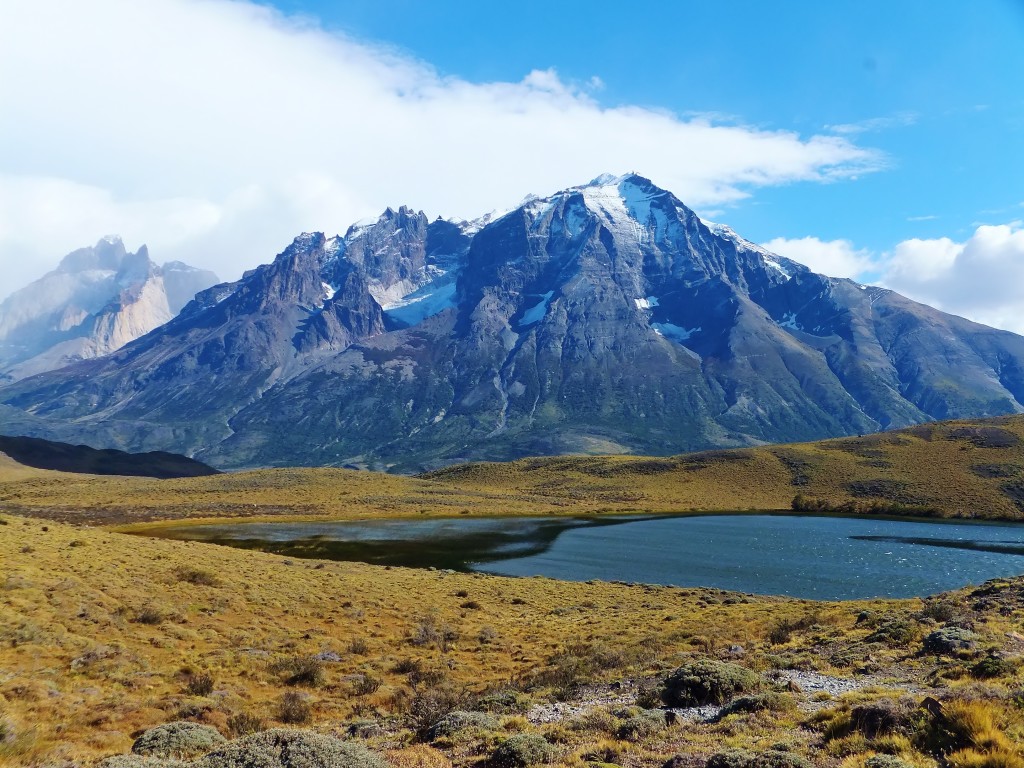 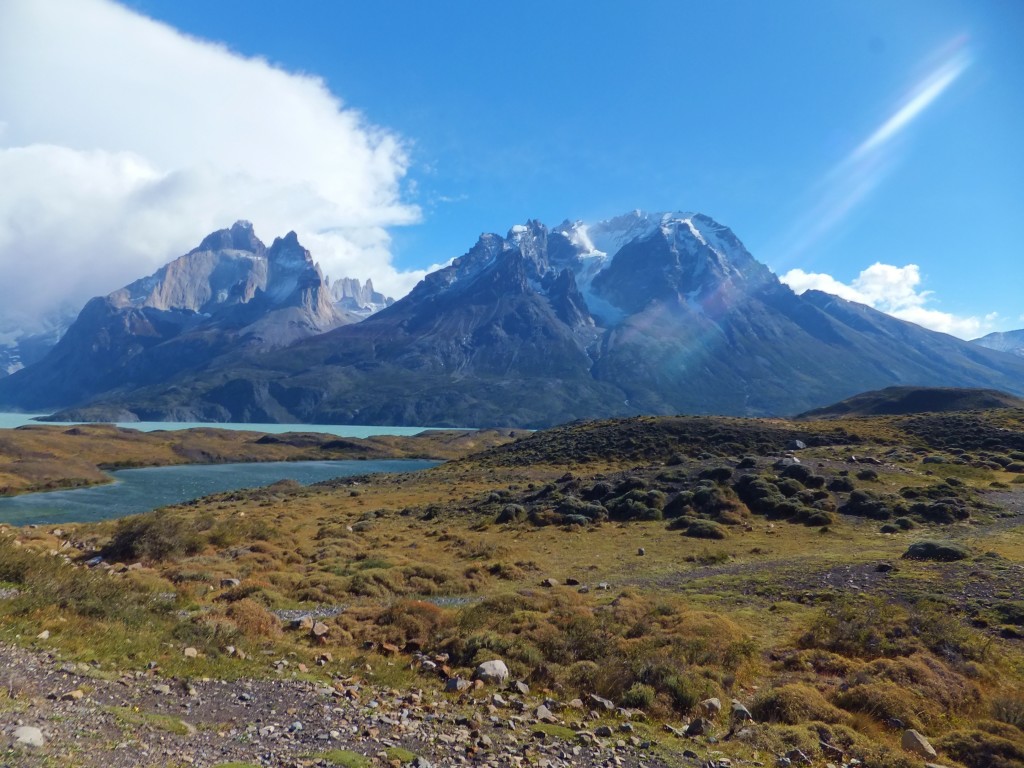 After that, it was time to take a short hike through Torres del Paine’s lowlands (or pampas). By this time, the tempest was so out of control that we were instructed by our guide to actually duck and squat to avoid being swept away! However, this is what our efforts were rewarded with: 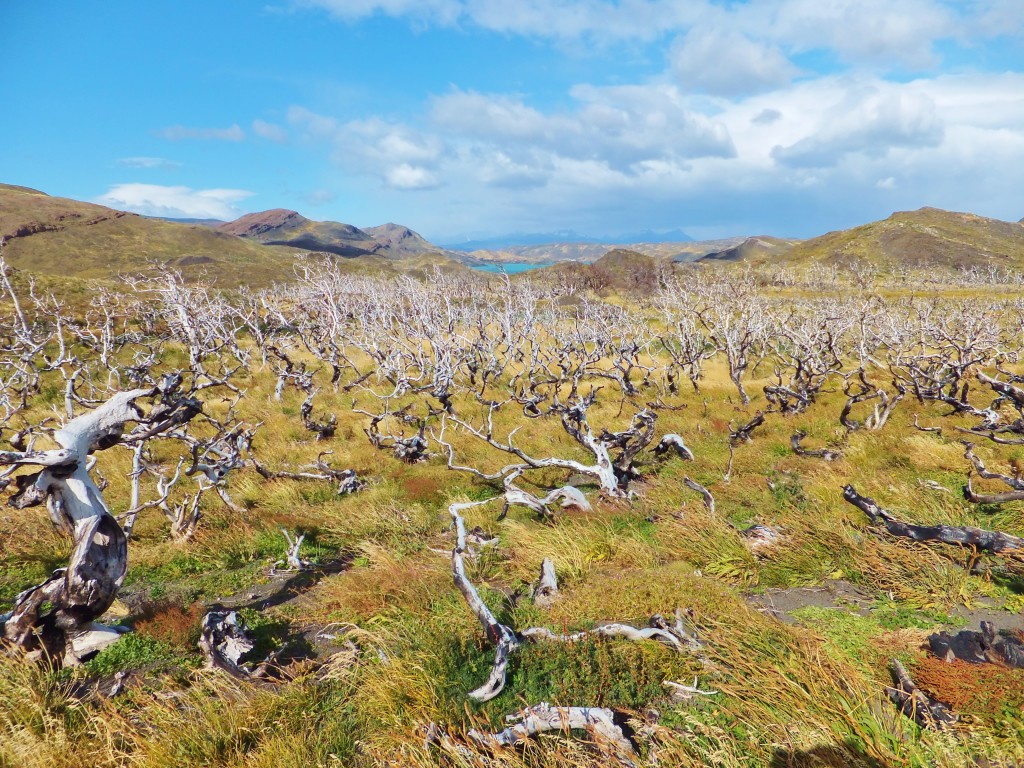 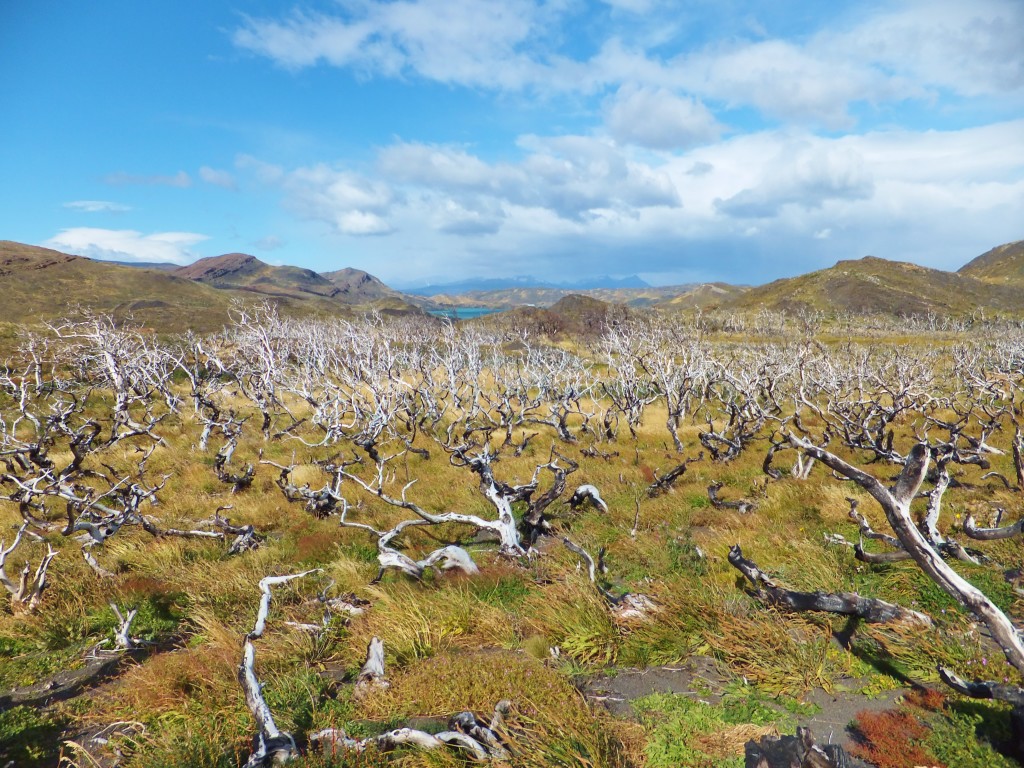 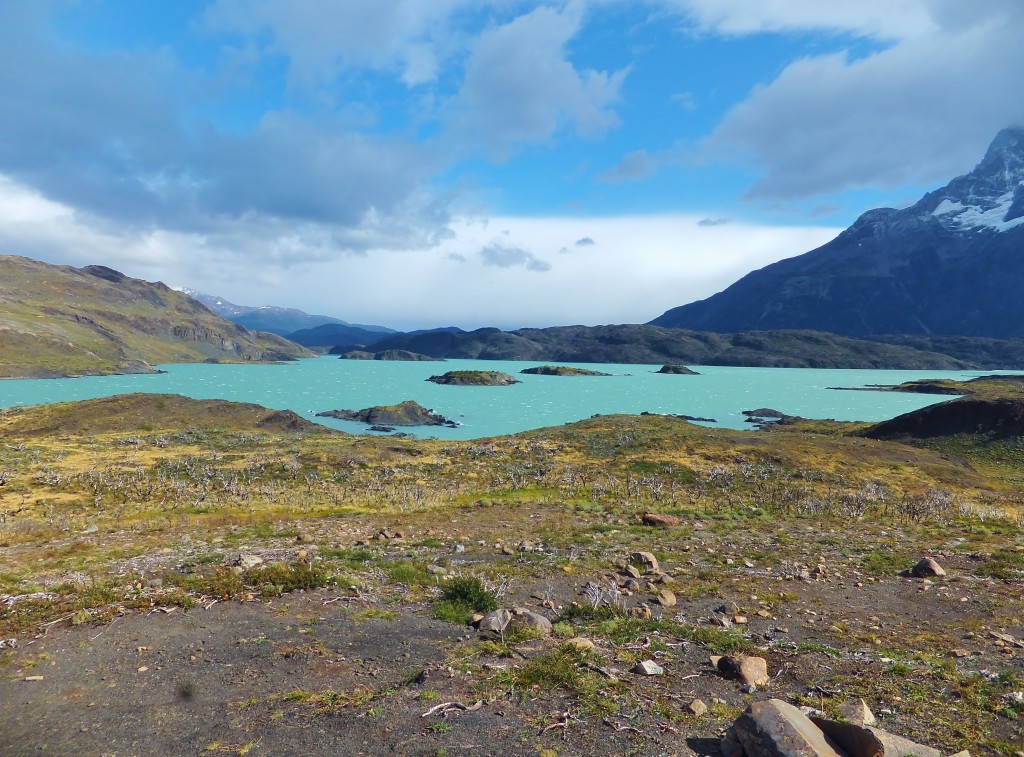 All hell broke loose as we reached one of the park’s waterfalls – there was just enough time to snap a couple of wet shots and to cower back into the bus! 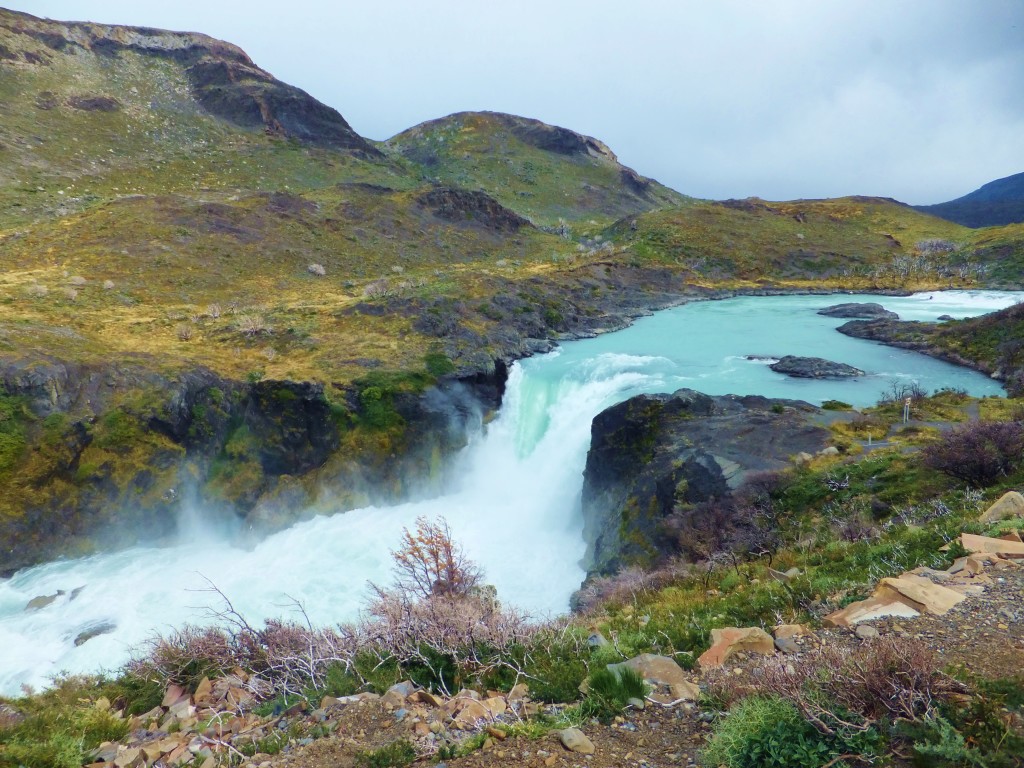 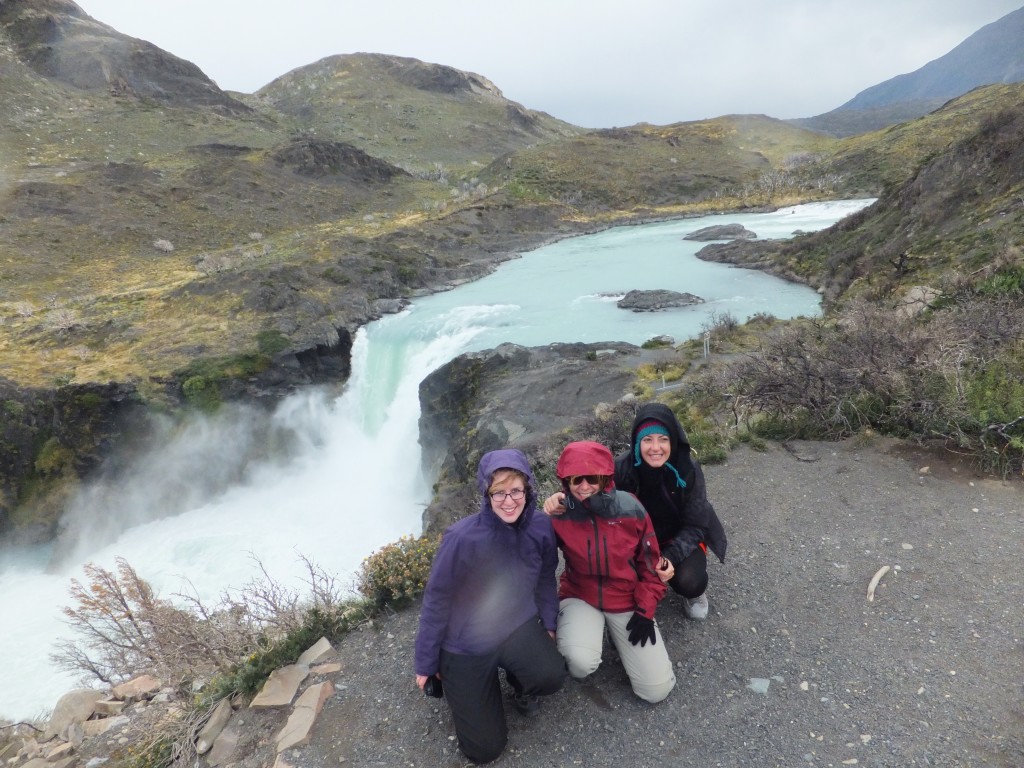 Thankfully, the tour was rounded up with a warming cup of tea which gave us a chance to warm up and relax before setting off on our long drive back to the other side of the border!

All in all, Torres del Paine National Park is an unmissable sight on your Patagonian adventure. Does it deserve more time? Probably! However, even though many of the travelers I met on the rest of my trip cited the W trek as the highlight of their trip, in the end I wasn’t too sorry to have spent only one day at Torres considering the weather conditions: the day tour took in most of the highlights… and all the while I was there, I couldn’t help thinking about the poor crazy sods hiking and camping in the tornado!


Have you been to Torres del Paine? Would you trek the W circuit? Let me know in the comments below!

If you would like to follow the rest of my adventures, consider also subscribing to the blog to receive all updates by email, and connecting with Camille in Wonderlands on Facebook, where I regularly post snapshots and musings that haven’t made it onto the site.

12 thoughts on “Blown Away at Torres del Paine, Chile”